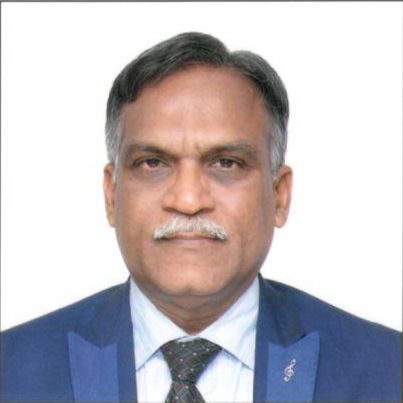 Dr. M. Vijayakumar, Surgical Oncologist, has been providing  a dedicated medical service to the people for the last 30 years as a Surgeon, teacher and educationist.
He graduated from Govt. Medical College, Chengalpattu, Madras University in 1980, got DNB in General Surgery  through HAL Hospital, Bangalore and later awarded  MCh in surgical oncology from Bangalore University in 1993.
He has performed hundreds of major and supra major cancer surgeries in the head and neck region, breast and gastrointestinal areas. His unique contribution is in the field of limb saving surgery for bone tumours and development of reconstructive surgery and micro vascular surgery in the Institute. He was instrumental in the development of minimal access surgery in Kidwai Memorial Institute of Oncology. He was conferred the Honorary FRCS by the Royal College of Physicians and Surgeons, Glasgow in 2007. He has Post Graduate diploma in Hospital Management from Annamalai University (2003) He is a regular examiner for MCh and DNB Courses in Surgical Oncology all over the country. He was the Professor of Surgical Oncology for more than 13 years and Director of Kidwai Memorial Institute of Oncology for over 5 years.

He has  been awarded

Created a separate team for Cancer Awareness Outreach Programme in Yenepoya University.  135 NSS Programme Officers and 13,500 NSS Programme Volunteers were trained  in creating awareness. This is a collaborative initiative with Mangalore University. 1900 Anganwadi Workers and ASHA workers of Udupi district were also  trained separately by Yenepoya University team. With the help of Yenepoya Nursing College, nursing students of 30 nursing colleges of Dakshina Kannada were also trained.

He is presently the Head of Health Promotion and Cancer Prevention Committee of  National Cancer Grid under the aegis of Tata Memorial Hospital, Mumbai.