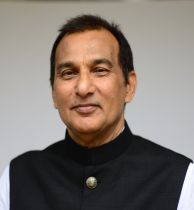 The Yenepoya Group was established in 1940 by his father Yenepoya Moideen Kunhi - a great visionary and entrepreneur - and today nearly eight decades later, it has grown remarkably, covering a vast sphere of business interests and diverse social service ventures, providing both direct and indirect employment to over 6000 people. Yenepoya Abdulla Kunhi has established many minority educational institutions including the Yenepoya (Deemed to be University) for the upliftment of minority communities in general and the Muslim community in particular. The University established by him today offers courses of study and research in health sciences and confer degrees, diploma and certificates for the advancement of learning, creation and dissemination of knowledge in health sciences to many students from minority and backward communities.

He was awarded with the coveted Karnataka Rajyotsava Award in 1992 for yeomen service rendered in the fields of industry, education, and social service. He is also a recipient of the Outstanding Manager Award in the year 2006 from The Mangalore Management Association. He has received New Year Award in 2008 which was organized jointly by The Academy of General Education, Manipal, The Rotary Club of Udupi, Manipal and The Syndicate Bank, Manipal. He was awarded with the Eminent Aloysian Alumni Award at the Aloysian Conclave organized by the Rector and Management of the College in association with Aloysian Partners International and Alumni Association.

Yenepoya Abdulla Kunhi was conferred with the Honorary Doctorate from Gulbarga University during the University’s 40th Annual Convocation held on 27th April 2022 for his exemplary services in the field of education.