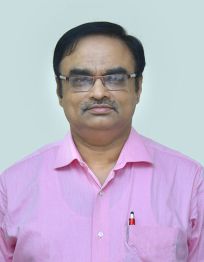 Registrar, Yenepoya (Deemed to be University)

Dr.Gangadhara Somayaji K.S. is an ENT Surgeon by profession, serving as Professor in the Department of ENT. He has graduated from Kasturba Medical College, Mangalore, in the year 1993, completed MS in ENT from Bangalore Medical College in 1997 and has been in teaching profession since then. He joined as Assistant Professor in ENT at Adi Chunchanagiri Institute of Medical Sciences, Mandya. Later shifted to KVG Medical College, Sullia, as Associate Professor and has been serving in Yenepoya Medical College since 2007. At Yenepoya, he was initially a Professor and later became the Head of the Department and served in the same post for 7 years. He has been the Registrar of the University since October 2018.

He is specialisied in micro ear surgery and endoscopic sinus surgery. He has published more than 70 research papers, presented many papers and posters in conferences and has authored chapters in UG Text Books. He has keen interest in teaching and has authorised many live surgical workshops and conferences. He is is the life member of many professional bodies. He has been a moderator/panelist/resource person in many conferences & workshops related to ENT.